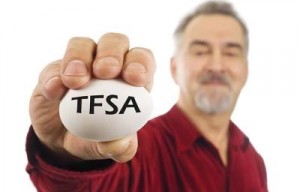 OTTAWA –  contribution rules for a popular tax shelter continue to perplex ordinary Canadians, despite a year-long information blitz by the Canada Revenue Agency and the big banks. If you’re charged penalty for over contribution by CRA, it could be waived if you appeal through your Accountant at Brampton, Tax preparer at Brampton or call us at 905-794-8283. The agency sent out almost 103,000 letters to holders of tax-free savings accounts this month warning they likely over-contributed in 2010 — and now must pay additional tax. That number is up sharply from the 72,000 letters issued on June 1 last year for the same excess contribution problem in 2009. The tax shelter “is still a relatively new program and, naturally, some misunderstandings might still exist regarding the rules and may have led to inadvertent over-contributions,” said spokesman Noel Carisse. The over-contribution issue, which cropped up last year, prompted the Canada Revenue Agency to revamp its TFSA website and issue brochures and tip sheets, while the big banks made similar web changes. But thousands of Canadians are still tripping over a little-understood wrinkle about the timing of deposits.

The rule says account holders can put back the amounts they
withdraw from a TFSA only in a later calendar year. If they do so in the same year, they face a tax hit for their “over-contribution,” even though
they’re only replacing the withdrawn funds. Focus-group surveys commissioned by the agency last year indicated Canadians found the official TFSA website confusing and difficult to navigate, even after it was revamped to better highlight the over-contribution rule. Other internal reports suggested the agency’s language in describing TFSAs to the public has been unclear. Millions of tax-free savings accounts were set up after they came into effect on Jan. 1, 2009. Canadians can deposit up to $5,000 each year, and any earnings in the account attract no taxes, though deposits do not reduce taxable income as do RRSP deposits. In the campaign for the May 2 election this year, Prime Minister Stephen Harper promised to double the annual contribution limit to $10,000 once
the federal deficit is eliminated.