What’s the use of saving money? (Accountant Woodbridge) 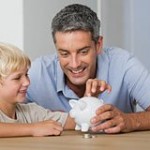 Why not borrow and invest to earning higher return since the banks are giving low mortgage rates on homes by Accountant Woodbridge. How years of ultra-low interest rates have punished savers, rewarded spenders, and now might be smothering any hopes of recovery
Steven Patterson and his family moved to Vancouver from Cambridge, Ont., in mid-2008, just as the financial crisis hit. After years of scrimping and saving to pay off their first mortgage, they had earned a tidy profit when they sold the Cambridge house and put the proceeds into GICs, where the money would be safe and easily accessible should they decide to buy another home in B.C. Three years later, Patterson, a 42-year-old IT manager, is still sitting on the sidelines, renting, while real estate prices march ever upward in a city where a three-bedroom bungalow covered in warped siding can fetch $1 million.

That might seem like a prudent move in an uncertain economy, but Patterson says his cautious approach has come at a steep price: all his money is steadily being eaten away by inflation, which the meagre interest income from his GICs can’t cover—particularly after the taxman takes a cut. Meanwhile, several of Patterson’s friends have taken advantage of those same low interest rates, loaded up on debt, and bought into Vancouver’s frothy housing market in recent years. And they have enjoyed a windfall—at least on paper—as the value of their homes continues to climb. As for Patterson, “I’m only a few thousand dollars ahead—minus inflation,” he says, clearly frustrated. “So actually, I’m way behind, and I don’t have a house.”
Welcome to the world of ultra-low interest rates, where profligacy is richly rewarded and saving is, well, for suckers. Those who’ve opted to be austere with their personal finances have found themselves on the losing end as governments and central bankers have worked to get people to borrow and spend in the wake of the global recession. While emergency interest rate cuts were to be expected after the financial crisis seized up lending markets, it’s been nearly four years since central banks started slashing rates to the lowest levels in history. For that matter, over the last 10-year period, following the 9/11 terrorist attacks, the Bank of Canada’s benchmark interest rate stayed above four per cent for just six quarters (in 2006 and 2007), while the average headline rate of inflation over that time was 2.1 per cent.
As a result, those saving money have seen almost nothing in the way of returns for a painfully long time. In fact, after accounting for inflation, anyone who dares to be prudent risks seeing the value of their money decline. If one were to put $10,000 into a five-year GIC at two per cent this year, and assume headline inflation goes no higher than the current rate of 2.7 per cent, the future value of that investment in 2016 will have shrunk to around $9,670. (The consumer price index the Bank of Canada uses when setting interest rates is lower than the headline rate because it excludes volatile items like fuel and food, which is fine, if you don’t drive, or eat.)